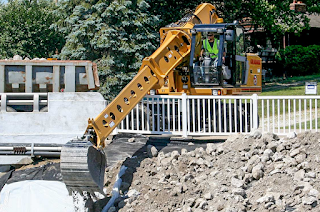 Road Machinery & Supplies Co. (RMS) has been named the official Gradall Industries distributor for the Upper Peninsula of Michigan. RMS will carry Gradall’s entire line of products in the territory. RMS was already to official distributor for Gradall products in Minnesota and the majority of Iowa, with the exception of 13 southwest Iowa counties. “We are very excited for the opportunity to bring more solutions to our customers in the Upper Peninsula,” said RMS Vice President, Sales and Marketing Andy Schwandt. “These lines allow us to offer more versatile equipment to end users in the mine scaling, metal mill maintenance, governmental, contractor, and municipal sectors. We look forward to the ability to better serve our existing customers and the chance to work with new ones.”
Post a Comment
Read more

Duluth Service Manager follows in his father’s footsteps, but takes his own path 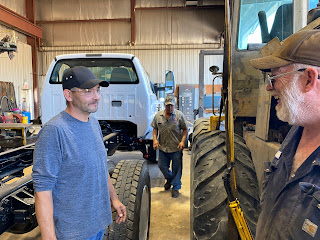 Jeff Little occupies the same seat his dad, Byron “Buz” Little, occupied for 23 years as Service Manager for the Duluth, Minn., branch. While he ended up in the same role as his father, the path there was very different.    “I had no desire to go into this industry when I was growing up,” said Jeff. “I always liked working on cars, but I didn’t see it as a career. Plus, I was married with a kid shortly after graduating high school, so I needed to get a job instead of going to college.”   Jeff turned to screw drivers and sawdust over wrenches and grease as he began his career building and installing kitchen cabinets. The plan was going well until the recession of 2008 wiped out most of that business. Even then, Jeff still wasn’t considering heavy equipment.   “I was 31 with a wife and three kids and needed a career, so I went back to automotive tech school,” he said.    While taking those auto classes, his dad began persuading him to consider Road Machinery & Supplies
Post a Comment
Read more 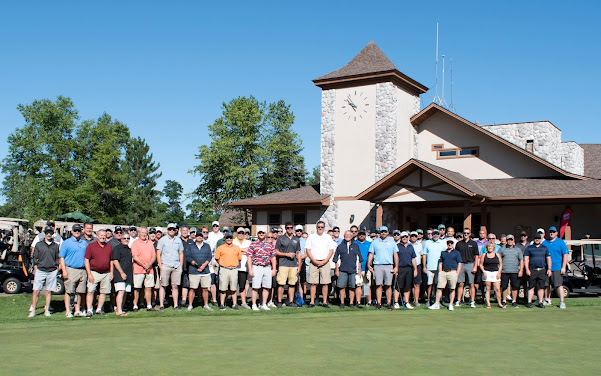 View complete photo gallery here   Watch video “Having fun in 2021” is the unofficial mantra of Road Machinery & Supplies Co. after the Covid-19 pandemic cancelled nearly every activity on the calendar in 2020. Events like the annual Minnesota customer appreciation golf event at Cragun’s Legacy Courses in Brainerd, Minn., carry a new level of excitement for everyone involved.   “I cannot believe how many customers thanked us for having the event, they were excited for it,” said Vice President Product Support and Southern Operations Joe Schmidtlein. “We talk to our customers every day but being able to set work aside and hang out with them in a relaxed setting like this is incredible.”   “We are very appreciative of our customers, and holding the outing is a great way for us to show that,” said Vice President Sales and Marketing Andy Schwandt. “Cancelling last year was a big loss, and we are grateful to be able to do this again and thank our customers.”
Post a Comment
Read more 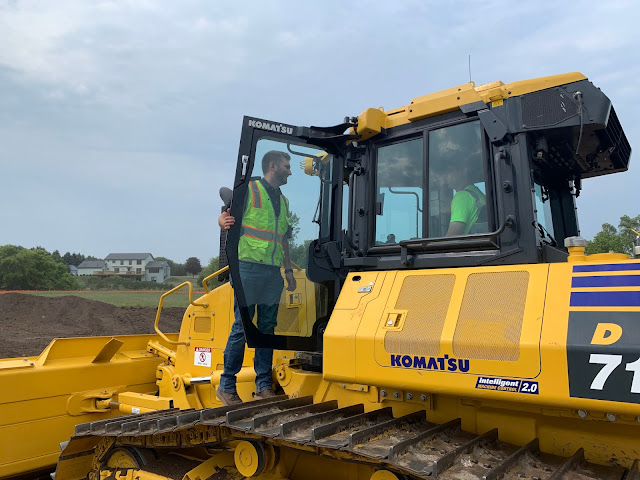 Tyler Sherrill’s short time at Road Machinery & Supplies Co. has been anything but typical. He joined RMS in 2019 as a Territory Manager in Virginia, Minn., but just 10 months into the role, Sherrill was attending a motocross race when a bike flew off the track and collided with him.   “I suffered a traumatic brain injury and was in an induced coma for about a week,” recalled Tyler. “For the next five months I was doing physical therapy and undergoing surgeries. I didn’t know what was going on for a while, it was difficult. Through a lot of hard work, I was able to recover.”   The process back was a tedious one. In addition to re-learning how to do basic motor skills and undergoing physical therapy, Tyler still had to build his stamina as he was returning to work.   “I would have to take a nap during the day because I was so exhausted,” he noted. “I also had light sensitivity and other injuries that were still healing as well. It wasn’t easy.”   Through it all, Tyler notes that RMS
Post a Comment
Read more

“The Only Way to Go” 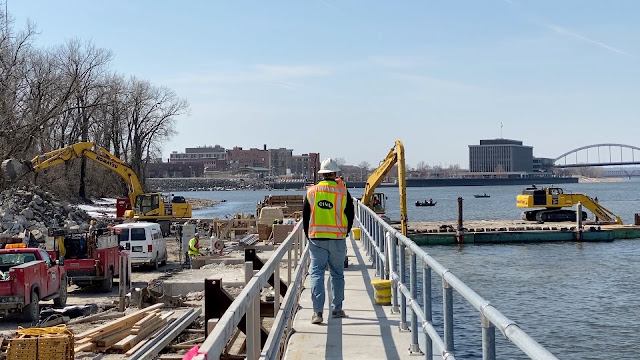 Helm Civil uses iMC technology to complete grinding project underwater No two jobsites are alike, but they usually have one thing in common: they are above water. That wasn’t the case for Helm Civil when it tackled a lock and dam rebuild for the Army Corps of Engineers on the Mississippi River in Rock Island, Ill. Lock and Dam 15 was built in 1931 on wood cribbing and wood piling. Over the years, consistent barge traffic caused the old foundation to fail on the lower guide wall that the barges use to come in and out of lock chamber. Helm Civil, an East-Moline, Ill.-based firm, won a best-value contract with the Army Corps of Engineers, Rock Island District, to remove twelve 30-foot monoliths and install 63 drilled shafts. “The section we had to grind was 360 feet long and five feet tall,” noted Helm Civil Senior Project Manager Clint Zimmerman. “All of it was about seven to eight feet under water, which obviously posed a unique challenge.” To complete the job, Zimmerman had to get the
Post a Comment
Read more 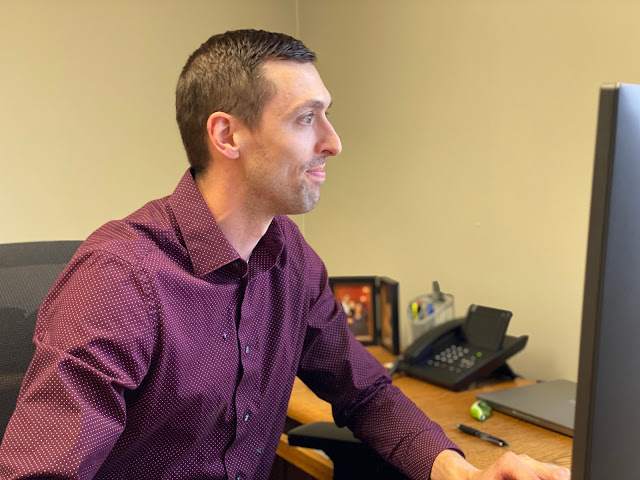 RMS’ First Controller Focused on Helping RMS Make Informed Decisions for Strategic Growth Ryan Ressler started at Road Machinery & Supplies Co. as Controller in June. While the move into the heavy equipment industry is new for him, he didn’t need any directions to his new employer on his first day. “My wife and I moved to Savage in 2016, and I drove past RMS every day. It was like two blocks from our house,” said Ressler. “Unfortunately, we moved (about 20 minutes away) to Carver, Minn., in March, so now I have a commute.” Aside from a familiar location, once Ressler began the interview process with RMS, he knew it would be a good fit. “In talking with (CFO) Troy Johnson and (CEO) Mike Sill II, it was clear that it is a very exciting time here at RMS with all the growth it was experiencing,” said Ressler. “Once I started meeting the people here, I knew this was where I wanted to be." “The size of the company was another factor. My previous employer was acquired by a large, pub
Post a Comment
Read more 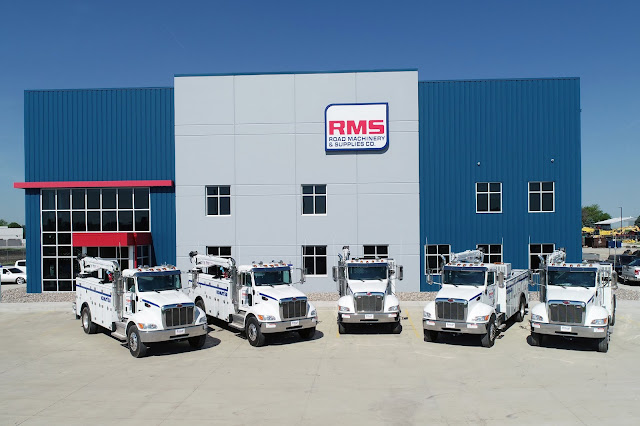 Road Machinery & Supplies Co. is committed to providing industry leading service to its customers. In order to do that consistently and effectively, RMS has been making investments in its service departments with the addition of service techs across the company, improving training, and adding new state-of-the-art facilities, most recently in Des Moines and Cedar Rapids. This latest step in this initiative was to upgrade trucks for service technicians as RMS added five new trucks in June with four more to come in 2021. “These new trucks are going to be a huge benefit to our service capabilities,” said General Service Manager Matt Tapper. “By upgrading these trucks, those service techs are a going to be better-suited to handle whatever they come across at a customer’s jobsite.” The trucks feature Peterbilt chassis on Stellar aluminum bodies. They also boast 12,000-pound cranes, Miller diesel welders, oil recovery systems, and LED strobes and lighting. “When a customer has a machine t
Post a Comment
Read more
More posts